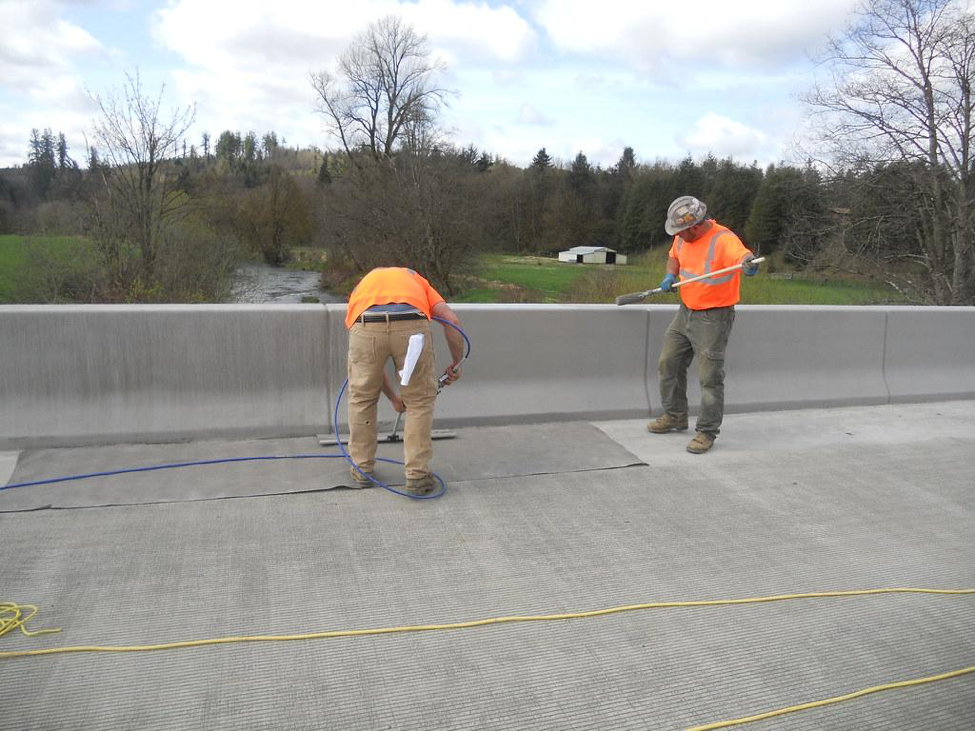 Our world would be a completely different place without concrete. The Romans first developed this magic material. However, in ancient times the concrete used by Romans was a lot different than what we see today.

Today, it is one of the most valuable elements of modern architecture and is known for its durability and strength. It is available for a wide range of applications.

Iit continues to be the prime choice of building material for builders and contractors. For example, urban cities are often referred to as concrete jungles.

We are surrounded by concrete walls in all directions. Here in this article, you will learn some interesting facts about concrete, a relatively common material. 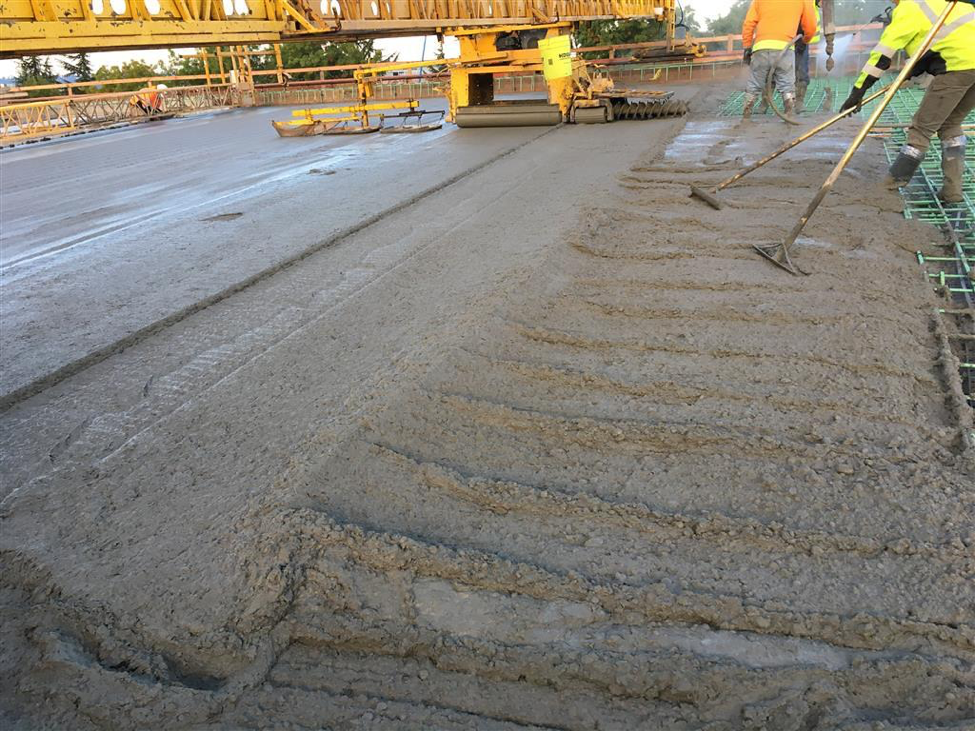 Concrete is the first choice of builders to construct roads, thruways, and highways. Concrete is a solid and durable compound that also has sufficient flexibility. The flexibility allows it to be shaped or formed in almost any shape.

According to an estimate, around 30% of the highways around the globe make use of concrete.

Even though the initial cost of developing concrete structures is relatively high compared to materials like asphalt, it offers longer usable life and requires significantly less maintenance.

Concrete has been used in the construction industry for more than a thousand years. Previously, Roman architecture used concrete, and the buildings still stand firm as a symbol of glory and heritage.

Roman architectural experts have also written about the different varieties of concrete that were in use. The quality of concrete varies depending on its binding strength and materials.

See also  The Difference Between Mortar, Cement And Concrete

According to history, the Greeks were responsible for discovering the concrete mix, but the Romans showed its large-scale applications.

The first concrete highway was built in Detroit. It is regarded as the very first stretch of highway that used concrete in the United States. The expense of building the highway was estimated at $14,000, and the contract was given to Wayne County Road Commission.

Another interesting fact about concrete, Henry Ford, the brain behind Ford Motor Company, was also a part of this project. Earlier road construction primarily used bricks, cobblestones, along with a mix of tar and stone.

Concrete is one of the most popular materials for the construction of buildings. Reinforced concrete is both fire and water-resistant. In addition, concrete is known to have a very low thermal conductivity and also does not transfer heat.

As a result, concrete structures serve as an effective shield against fire breakouts. When a large building goes up in fire, the leftover sections mainly consist of concrete foundations and structures.

Most people mistakenly consider concrete and cement as the same material. However, concrete is a mix of sand, aggregates, gravel, water, and Portland cement. The ratio of each of these elements varies depending on the scale of the project and intended use.

When water comes in contact with cement, it hardens and binds with other materials in the mix that is commonly known as concrete. Some people refer to foundation and sidewalks as cement structures, but in reality, cement only comprises a small portion of the entire mixture.

See also  What Is the Difference Between Portland Cement and Quikrete?

Concrete mixtures are waterproof; cement serves as an aggregate and helps the concrete mix to hold on to other substances.

Concrete is a perfect material for building tunnels, sewer work, piers, and other structures. For underwater applications, pozzolanic concrete mixture is necessary. It exhibits substantial water resistance in all environments.

The British army is known for designing, developing, and deploying listening ears during World War II. These were a type of parabolic acoustic mirrors that could recognize an incoming aircraft. It used to be an early iteration of radar.

This unique device helped the British army to track incoming aircrafts and gave them sufficient time to prepare and take action. 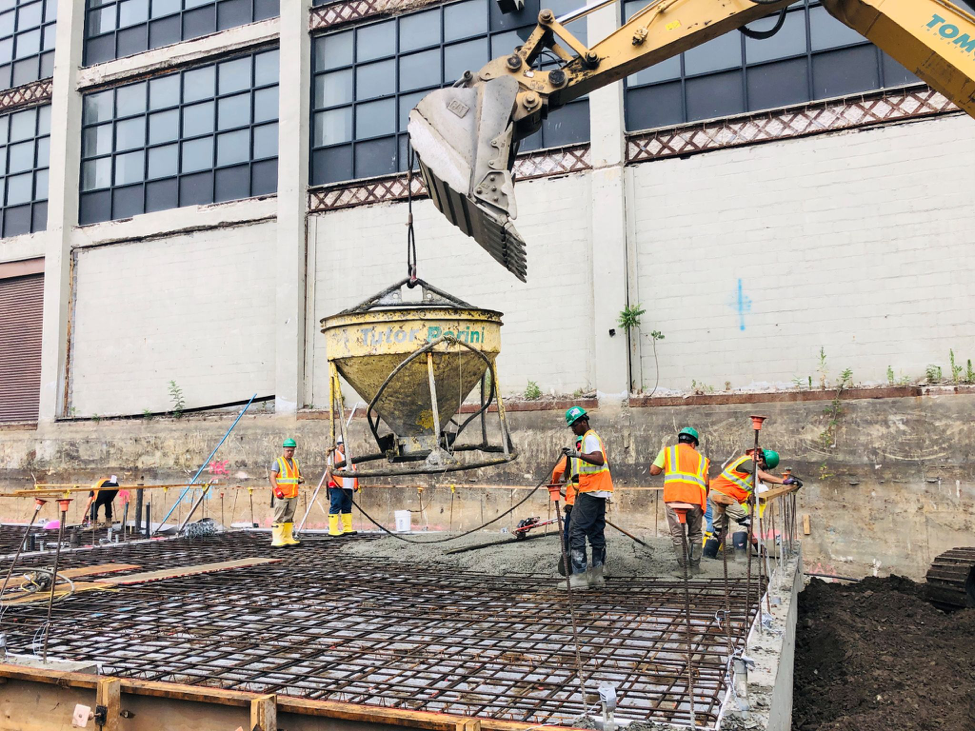 Concrete is the most widely used building material in the world.

This interesting fact about concrete may come as a surprise, but you will find concrete mix in almost all parts of the world. According to estimates, the global consumption of concrete is around 20 billion tons every year.

For example, individuals opting for industrial-style interiors or looking for sleek countertops and fireplaces use concrete. The best part about concrete is that the exterior texture is always customizable, so you have an abundance of options.

See also  When Can You Walk On New Concrete?

Another interesting fact about concrete is that concrete is known for its excellent load-bearing capability compared to other construction materials.

Wood can withstand a maximum force of 1,000 PSI. On the other hand, concrete structures can take loads ranging between 2,500 to 7,000 PSI.

It’s almost seven times stronger than wood, which makes it the perfect material for construction purposes. Modern, high-quality concrete can withstand standard forces of around 20,000 PSI.

In this modern world, imagining a life without concrete is nearly impossible. Every building that we see around us is made using concrete and concrete elements. From building a foundation to fancy kitchen countertops, concrete is absolutely everywhere.

It has been in existence since prehistoric times, as old concrete structures have been around for close to two thousand years. The durability and strength of good-quality concrete can easily last for centuries if it’s applied properly. P

eople will continue to use concrete for construction in the coming days as well. The demand for good quality concrete will increase steadily with the growing global population and ongoing urbanization.