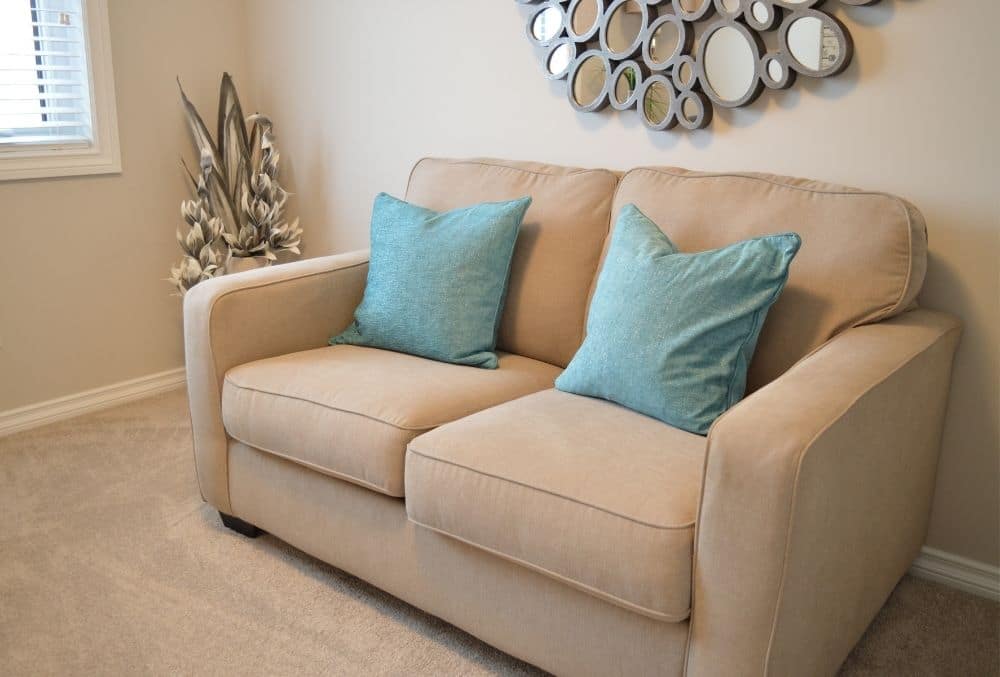 It’s important for your furniture to be stable, and couches are no exception. If you’re going to be sitting and relaxing on your couch for an extended period of time, you want to make sure that it stays in one place.

If your couch is sliding, it’s not only frustrating, but it can also damage your floor or even put you in danger.

Luckily, we’ve compiled some methods to keep your couch in place. These simple and easy solutions are a great way to prevent your couch from slipping while also being unobtrusive and cheap (if not free!).

Why Should I Stop My Couch From Sliding?

There are several reasons you should keep your couch from sliding.

A couch can cause damage when it moves. It’s all too easy for a couch leg to scratch the floor, or pull up a carpet. Not only that, but they can make a lot of noise while they scrape the floor, especially for any rooms below.

A sliding couch can move and get in the way, becoming an obstacle and an inconvenience. It can also be a safety risk, either by sliding when you sit down and get up, or by knocking into yourself or someone else. On top of that, some floors are more slippery and can be more dangerous.

If your couch is shifting around, you need to find a way to secure it. So let’s take a look at some ways to stop your couch from sliding.

How To Stop The Slide

There are several different ways to keep your couch in place. Some of them are simple changes to your layout, while others need you to buy something. However, none of these solutions are going to break the bank.

See also  How to Make a Futon More Like a Couch

One of the most simple ways to reduce sliding is to change where your couch is set up. If the couch is in the middle of the room then it’s more likely to move around without much resistance.

You can sort this out pretty easily by moving your couch against a wall or (even better) into a corner. This leaves your couch in a steadier position and gives it much more stability. 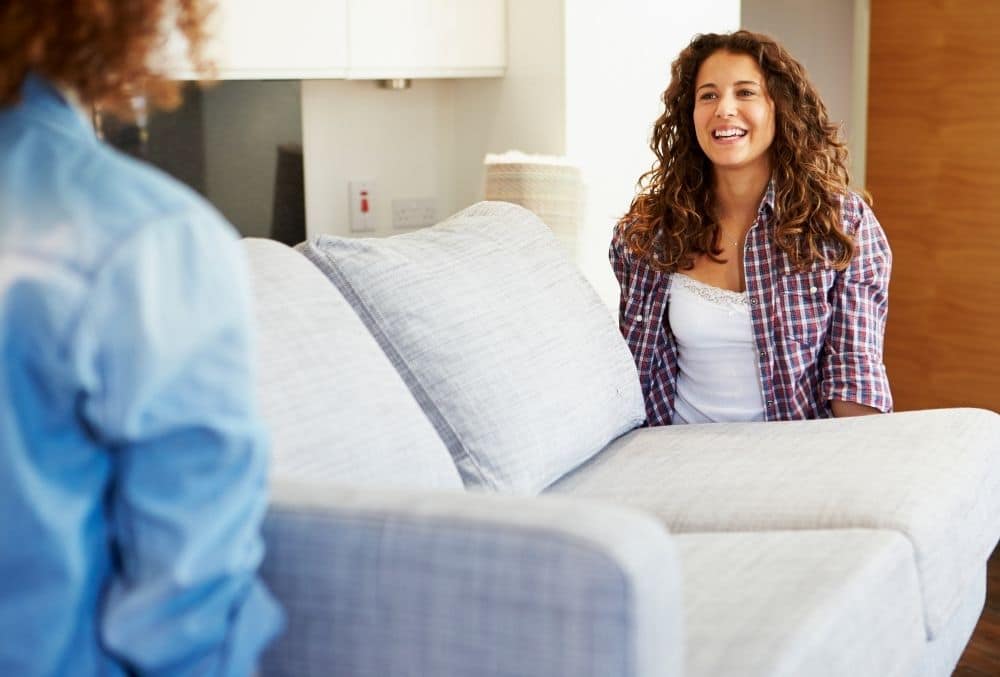 However, it may be the case that you can’t move your couch. This could be due to the position of your TV, or if there’s already something in the corner. Don’t worry – it’s not the end of the world.

If you put a rug underneath the couch, there will be much more friction between its legs and the floor. It’s also more difficult to move the entire couch at once, as you’d need to be moving all four legs at once.

You can even attach a non-slip mat to the bottom of the rug to get an even better grip. This is a great solution if you already have a spare rug in the house, and the non-slip mat will be hidden by the rug.

If you don’t have a rug, or you don’t want one beneath your couch, you could consider attaching non-slip pads to the bottom of each couch leg. These stick directly onto your couch and stop the feet from sliding around.

Not only will this keep your couch in place, but it will also prevent the feet from damaging your floor. Just something to bear in mind, however – there isn’t a universal size for sofa legs, so make sure you know what size you’ll need in advance.

See also  27 Different Types of Tables For Your Home

However, they also suffer from the same issue as the pads, where they don’t come in one universal size. Again, measure the legs beforehand if you’re considering the boots.

A more rudimentary approach, stop blocks are a simple but effective way to stop your couch from moving. The name pretty much sums it up – these are an extra barrier you add to the leg or bottom edge of your couch which keeps it in place and stops them from bumping into things.

While stop blocks aren’t the most subtle way of stopping your sofa from sliding, they will certainly do the job.

Which Method Is Best?

Overall, there are plenty of options available to prevent your couch from sliding. There isn’t any right or wrong method you can use, but there are some situations where certain methods are more effective.

For example, if a floor is more slippery (like tile or vinyl), you’ll need a better solution to keep your couch in place.

You may also want to use several different methods at the same time to improve the grip your couch has on the floor. Non-slip pads and mats are great for slippery floors, so are one of the better choices available.

Another thing to bear in mind is that some methods won’t work for all couches. For instance, couch leg boots won’t be as effective on a couch with particularly short legs, as they might slip off.

As mentioned before, there are also possible conflicts with your layout, so you might not be able or want to move your couch or put a rug underneath it. If you are able to then it’s a great option, but try to think about appearances and how you want the couch to fit in with its surroundings.

There isn’t a single best method to use, and there are several different factors to consider when choosing how to resolve your issue. However, if you use several different methods and implement them in the way that suits you best, you won’t have to worry about a sliding couch ever again.

If you’re having issues with your couch sliding and want to fix it, there are multiple ways to sort it out. So whether you want to use one method or several, now you know how to stop your couch from sliding. Just follow the methods above, and you’ll have a slip-less couch in no time!