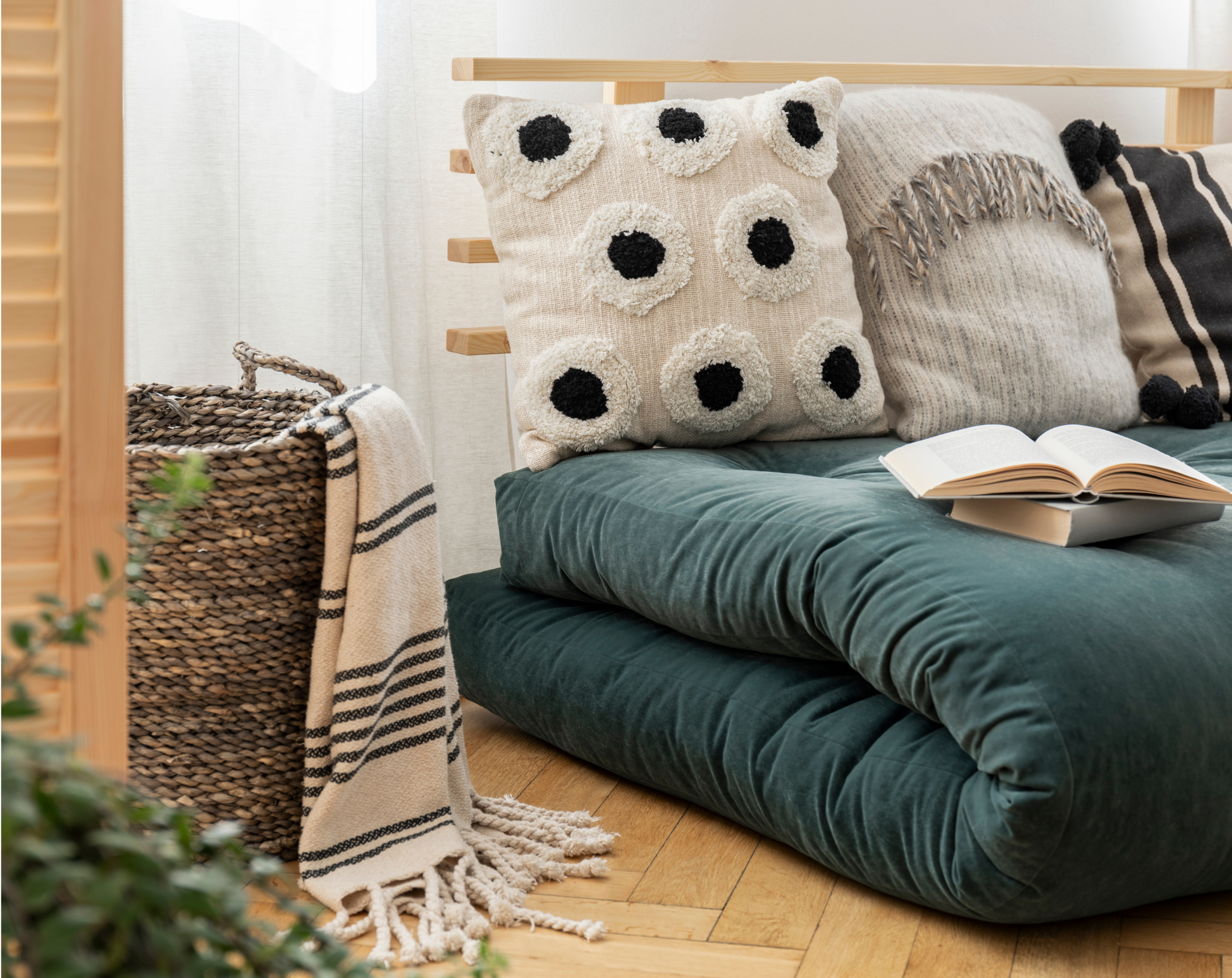 A futon is a convenient addition to a small apartment, doing double-duty as a bed or a couch depending on your needs.

During the day, you can transform the futon into a seating area. At night, you can pull it out to create a snug sleeping space.

That said, you don’t necessarily want to give guests the impression that they’re sitting on your bed when they’re hanging out in your home.

Plus, the firm mattress of a futon isn’t quite as comfortable as a plush couch.

7 Tips for Making a Futon More Like a Couch

Here’s how to make a futon more like a couch.

The first step in making a futon more like a couch is simply placing it correctly in the room. Instead of looking at the space as a bedroom, look at it as a living room.

Where would the couch or sofa logically go? You probably wouldn’t tuck it into a corner as you might with a bed.

Generally, placing it centered against one wall makes sense. After all, it’s supposed to be the central seating area.

This small but straightforward trick will help visually reinforce the idea that the futon is a couch, not a bed.

Futons come with different styles of frames, usually made of metal or wood. Metal frames, in particular, can get quite slippery.

See also  29 Types & Styles of Chairs For Your Home

When people sit on the futon, the mattress may gradually slide down or even completely off the frame, leaving your futon exposed.

The great news is that you can buy gripping pads to help secure the mattress to the frame. These usually come with adhesive backing.

It’s a small investment that can make a big difference when it comes to how to make a futon more like a couch.

If you sleep on your futon at night, you probably put a sheet over it. During the day, eliminate the bedtime look (and keep your sheet clean) with a futon cover.

Opt for a fitted cover with a bit of padding. This will make the futon look more like a couch and also make it comfier for sitting. 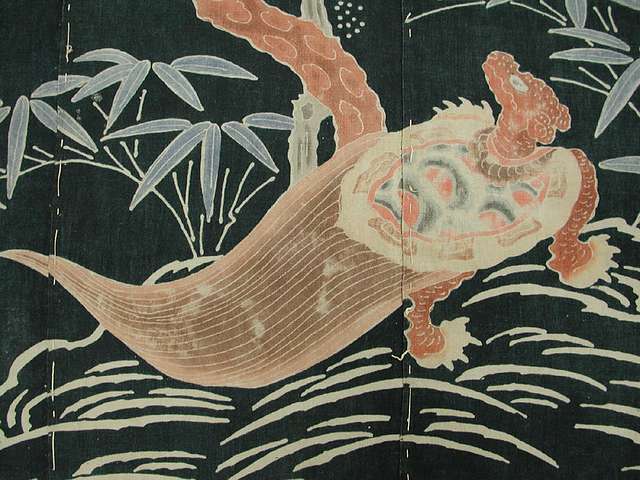 You can get futon covers in a variety of materials, colors, and patterns. When choosing your cover, approach it as if you were buying a couch for the living room.

Select something that complements the space to create a harmonious atmosphere.

A futon cover alone won’t be enough to trick people into thinking your futon is a couch. Throw pillows are a must-have accessory.

Choose pillows that coordinate with the cover. They don’t have to be the same color but should complement the cover’s hue.

Futon arm pillows are another nice trick. Some futons come with sausage-like rolled pillows that look similar to the arms of a sofa.

If yours doesn’t have these, invest in some and place them at either end of the futon to make it look more like a couch.

Still wondering how to make a futon look more like a couch? Adding a blanket is another great trick. Most people keep some throw blankets on their living room couch.

There’s no reason not to do the same for your futon.

Opt for something that is clearly a day blanket and won’t be confused with bedding. A chunky oversized knitted blanket is both cozy and trendy.

The right accessories can help make your futon area look less like a bedroom and more like a living room.

Place end tables on either side of the futon and add a coffee table lamp. This is also convenient, serving as a space to place drinks if you have guests over.

If you’re tight on space, look into end tables that double as storage—such as cubes with removable tops. You can then stash your sleeping sheets and pillows inside of them during the day.

Interior designers will generally use different types of lighting in bedrooms versus living rooms. Take a page out of the pro handbook.

Surround your futon with the kinds of lights you’d see in a living room, such as a large floor lamp or ornate table lamp.

Sleeping spaces tend to be dimly lit. However, a living room needs plenty of light for activities like reading and playing board games. Choose your light fixtures accordingly.

Still have some basic futon questions? These FAQs have you covered.

What Is a Futon?

A futon is a flat, low bed that can be folded to create a couch-like sitting area. Futons originated in Japan to accommodate small spaces.

At night, the futon would be laid out for sleeping.

During the day, it would be rolled up and stashed away, creating a space for entertaining.

See also  How To Keep Your Couch From Sliding

How Is a Futon Different From a Sofa Bed?

A sofa bed is tucked underneath a frame when in sofa form. It also has separate seat cushions.

A futon relies on a single mattress to serve as both a seat cushion and a sleeping surface.

Is a Futon a Better Choice Than a Bed?

Futons are convenient for small apartments that don’t have much room, because you can use them as a bed or a couch.

Some people also prefer futons because they have a relatively firm mattress, which can help back pain.

Conclusion: How to Make a Futon More Like a Couch

If you have a futon at home, you undoubtedly appreciate the convenience. This handy piece of furniture is multi-functional and saves space.

That said, it’s not as comfortable or attractive as a couch. Plus, it can feel odd having guests sitting on what is technically your bed (assuming you use your futon for sleeping).

The above guide explains how to make a futon more like a couch. Implement these simple tips, and you’ll be able to make the most of your futon.