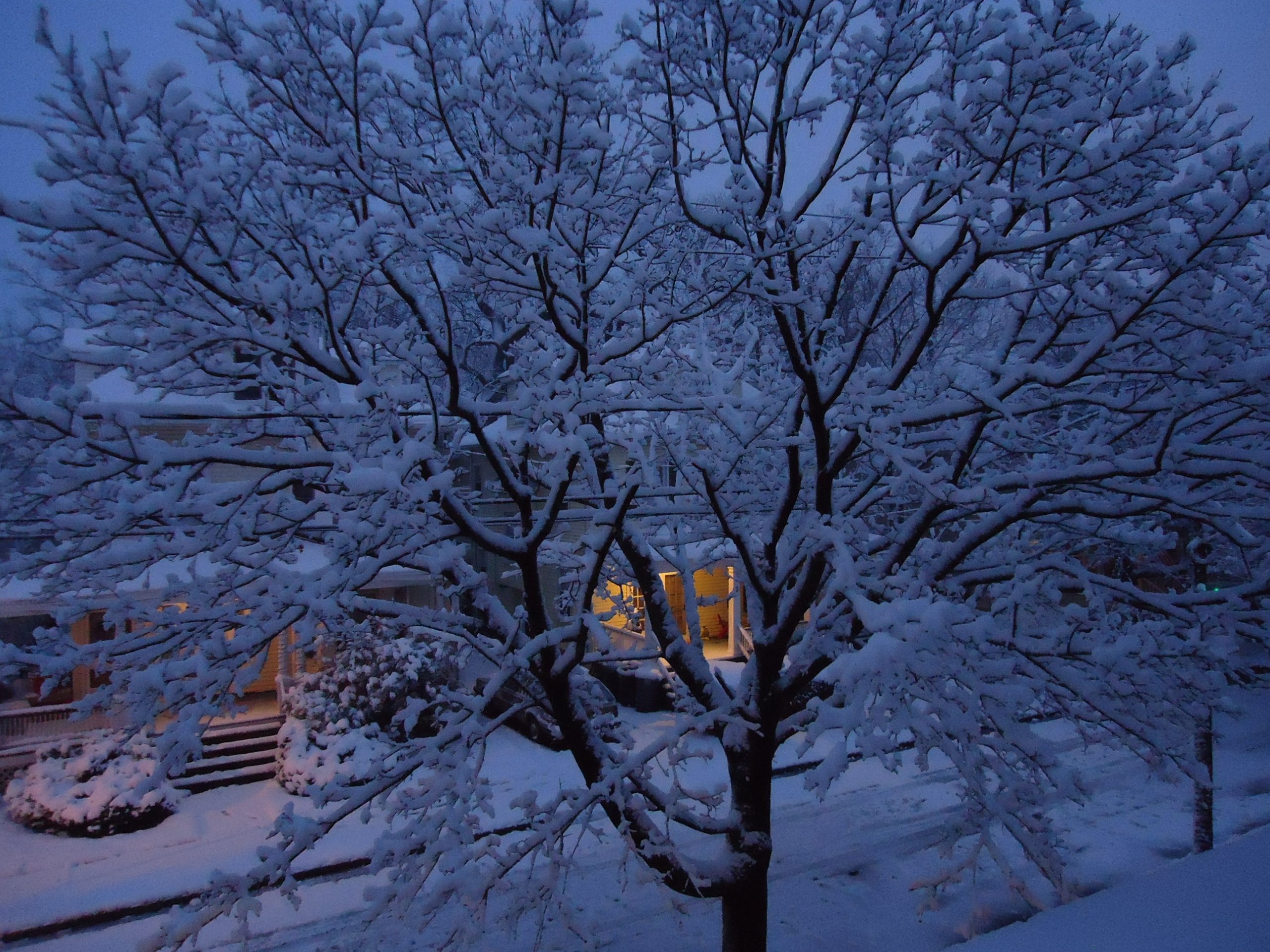 There are many reasons people light up their porches with different colors. In recent decades, people have begun to change the colors of their porch lights in support of various causes.

The most common porch light colors include:

Read on to learn the meaning of each color and when it is the most appropriate! 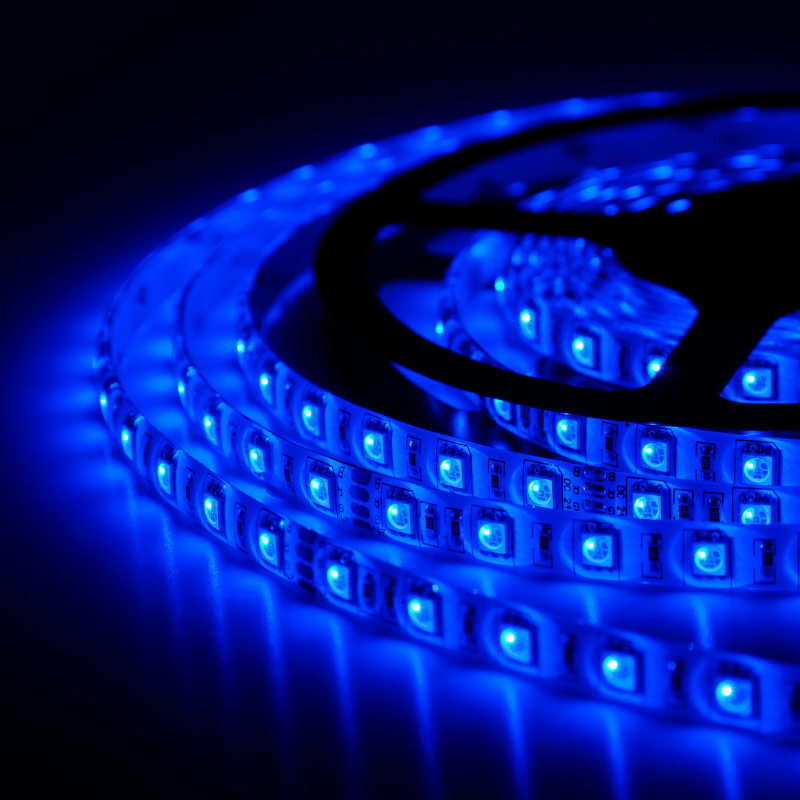 On January 9, people across the United States observe National Law Enforcement Appreciation Day. Often, we overlook the challenges and dangers that police officers face daily. On this day, civilians are encouraged to show support for police officers and appreciation for the sacrifices they make.

In 2015, those who established National Law Enforcement Appreciation Day recognized that most civilians are unhappy when encountering officers. When an officer pulls someone over, they rarely are thanked for their service.

However, civilians across the United States understand that the police force is essential and believe they should show support. 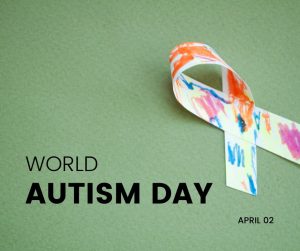 April 2 is an international holiday known as World Autism Awareness Day. Established in 2007 by the UN, this holiday aims to increase research, treatment, acceptance, and informed diagnosis.

Autism Speaks, an autism advocacy charity, established the Light It Up Blue campaign. Those who participate often turn their porch lights blue to support those with autism and their families.

Although autism rights advocates often disagree with the beliefs of Autism Speaks, many participate in Light It Up Blue to show support and acceptance. Blue lights may be used only on April 2, throughout April, or year-round.

Alopecia Areata is a condition that causes hair loss or patchy hair. In September, those who observe Alopecia Areata Awareness Month will use blue porch lights to symbolize the acceptance of people with this condition.

Green porch lights typically signify a holiday. However, some people use them to promote awareness. 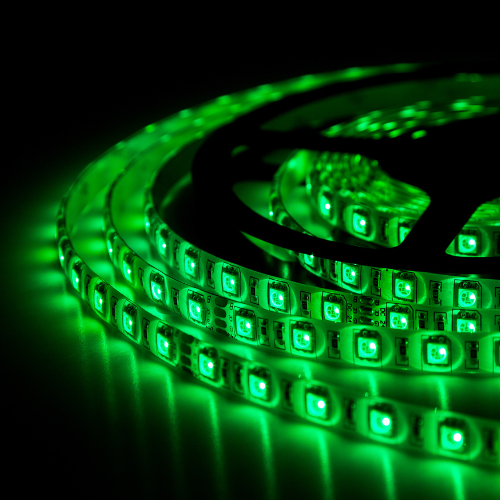 Support for the Military

Green lights may support veterans, active-duty soldiers, or both.

Memorial Day falls on the final Monday of May, so many people use green porch lights throughout May. Memorial Day is specifically reserved for people who died in service of their country.

This holiday was first established following the Civil War. Initially, Memorial Day was celebrated on May 30 every year because there was no battle on that date. Thus, all fallen soldiers would receive the same respect on this particular holiday.

As the United States became involved in more conflicts, Memorial Day honored fallen soldiers from all wars, rather than only the Civil War. In 1971, Memorial Day became a federal holiday and was switched to the final Monday of May.

Veteran’s Day, on the other hand, celebrates all veterans, whether alive or dead. It is observed on November 11.

In 1919, the United States observed Veteran’s Day for the first time. This was one year after World War I ended, and the holiday was called Armistice Day in honor of the war’s conclusion.

In 1954, Armistice Day was changed to Veteran’s Day to honor soldiers from both world wars.

See also  Clay vs Concrete Roof Tiles - How to Choose?

Thus, a green light in May often honors fallen soldiers, while one in November is a sign of respect for all veterans.

St. Patrick’s Day is a celebration of the patron saint of Ireland. It is both an official Christian feast day and a cultural celebration for those with Irish roots. The holiday is celebrated in more countries than any other national festival.

People typically associate green clothing and shamrocks with St. Patrick’s Day, so green has come to symbolize the holiday.

St. Patrick’s Day is celebrated on March 17, so green porch lights in March typically symbolize a tie to Ireland or St. Patrick. 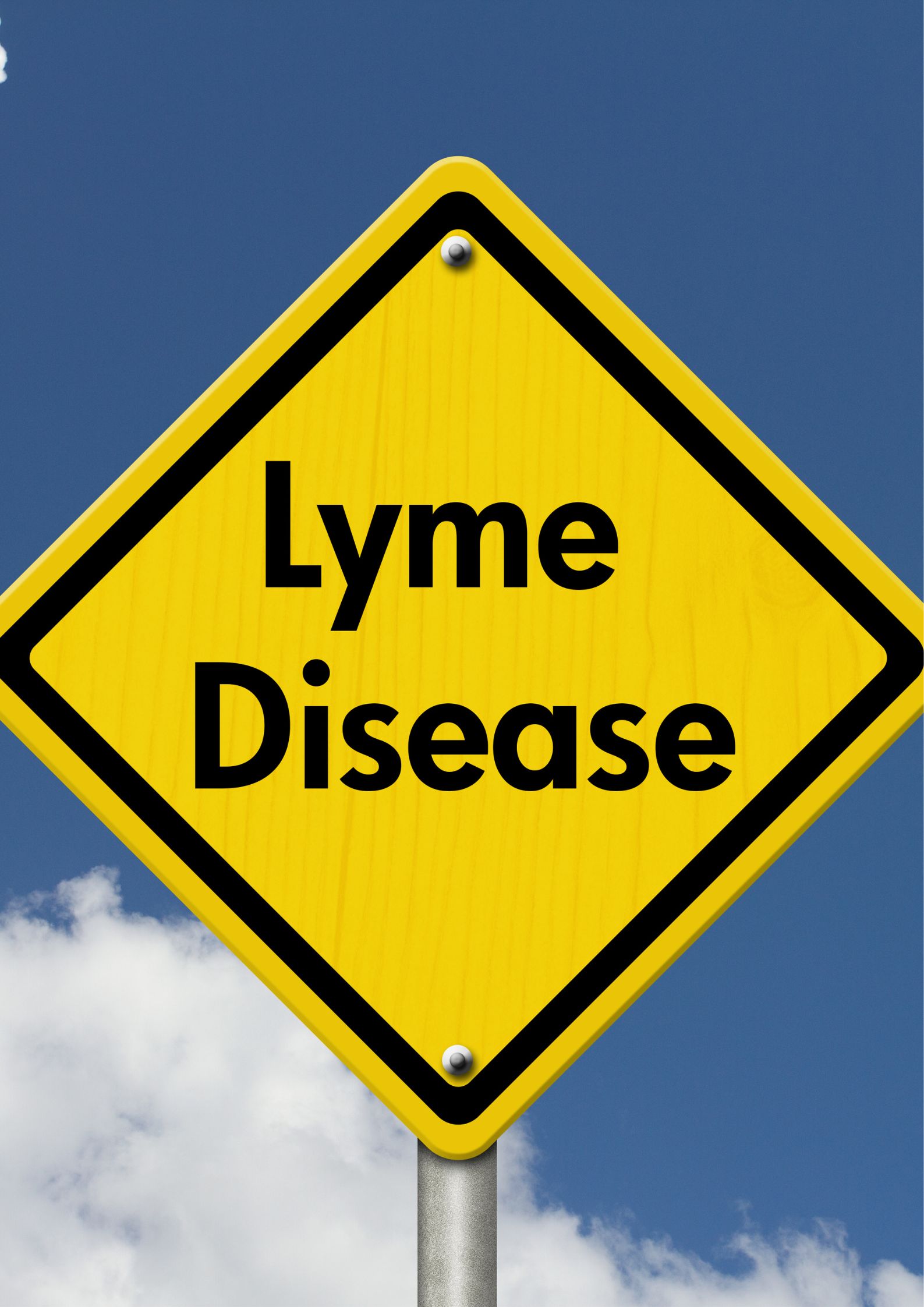 May is also Lyme Disease Awareness Month. Ticks spread this disease, which causes symptoms such as fever and fatigue in more than three million people across the US every year.

Patients, activists, and educators use green porch lights to raise awareness of this disease. They hope to encourage others to take preventive steps and protect themselves from tick bites. 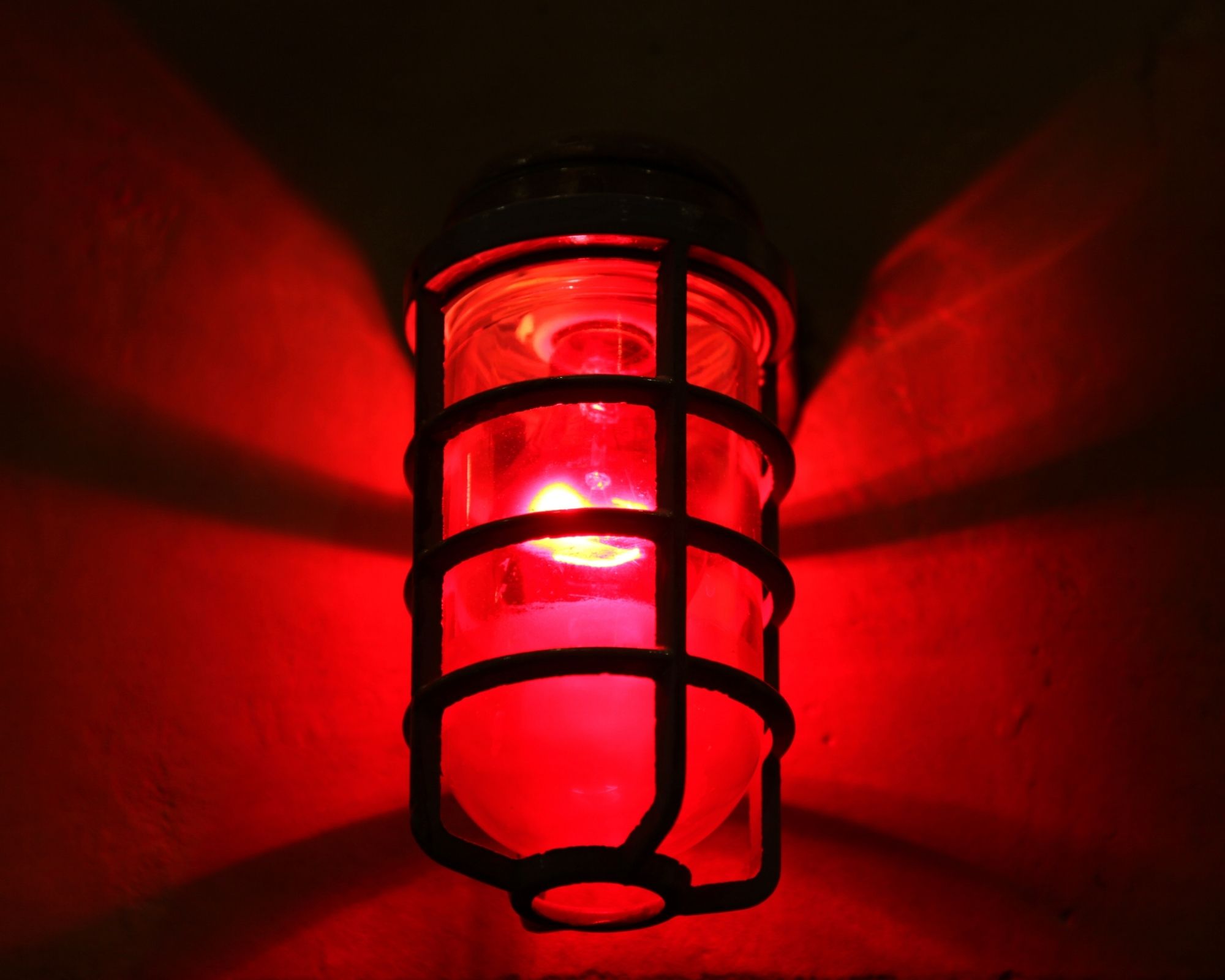 Red porch lights typically symbolize Heart Health Awareness, but there are other uses.

In February, the American Heart Association promotes heart health awareness. Advocates hope to convince people to visit the doctor for a check-up. They aim to help people learn about a developing heart condition before it becomes dangerous.

It can be difficult to determine whether a red porch light is for Valentine’s Day or Heart Health Awareness Month, as both holidays are in February.

Many people also choose to use red porch lights at Christmas time as green, red, and white are usually associated with the holiday.

May 4 is International Firefighters Day. People often use red porch lights to show appreciation for these heroes in May.

Additionally, International Firefighters Day is designed to commemorate firefighters who died serving their communities. People who know someone killed in the line of duty may use red porch lights in their memory.

The federal government has not set a national holiday to celebrate firefighters, so many people use red porch lights to remind their community that firefighters deserve recognition for their commitment and bravery. 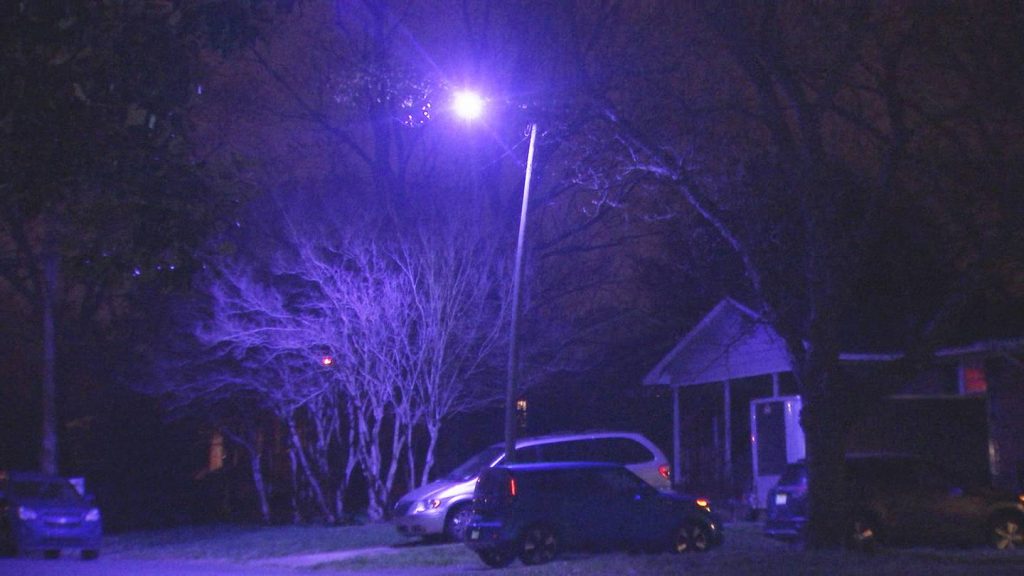 The Task Force understands that domestic violence harms entire communities, so they encourage the people in each community to band together and promote awareness.

Individuals involved in this movement aim to promote legislation and policies that support victims and hold predators accountable. They also believe in educating young adults on healthy relationships and how to maintain them.

People who use purple porch lights are often signifying that their home is an asylum for anyone fleeing an abusive relationship. 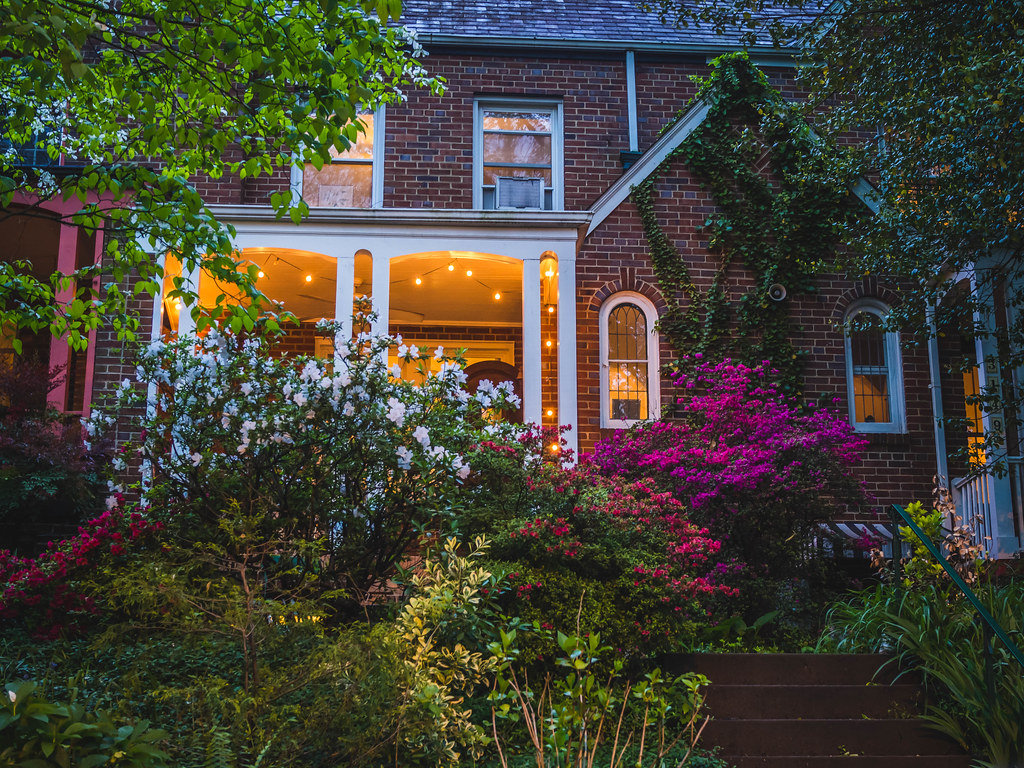 On February 13, 2017, two teenage girls from Delphi, Indiana, were murdered. The police have yet to find the criminal. Since then, residents of Delphi and worldwide have used orange porch lights.

These lights pay tribute to the victims and their families. They also serve as a reminder that the killer is still free.

The most universal reason people use pink porch lights is to spread breast cancer awareness. However, the lights have special meaning in New York and Nebraska. 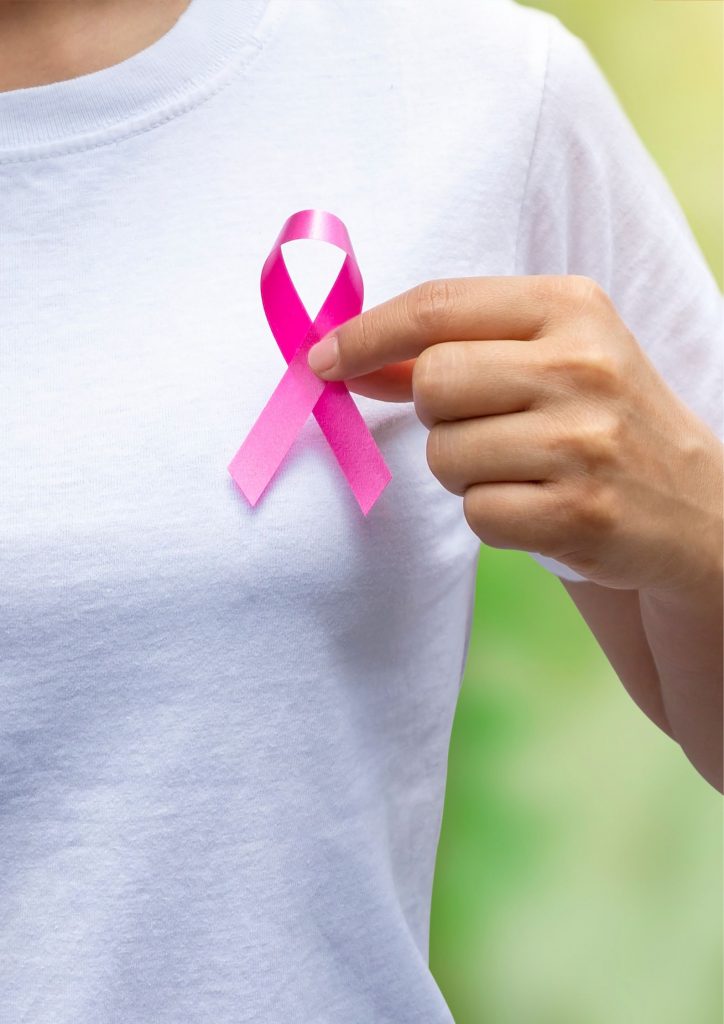 October is Breast Cancer Awareness Month. The cause receives a great deal of support because breast cancer is the second most common type of cancer for women in the United States.

See also  Can You Pour Concrete Over Grass?

In October, many people will turn their porch lights pink to show support for the victims of breast cancer and their loved ones.

Residents of Nebraska lit their porches pink as a tribute to a family who died in a house fire.

What Does a Blinking Porch Light Mean? 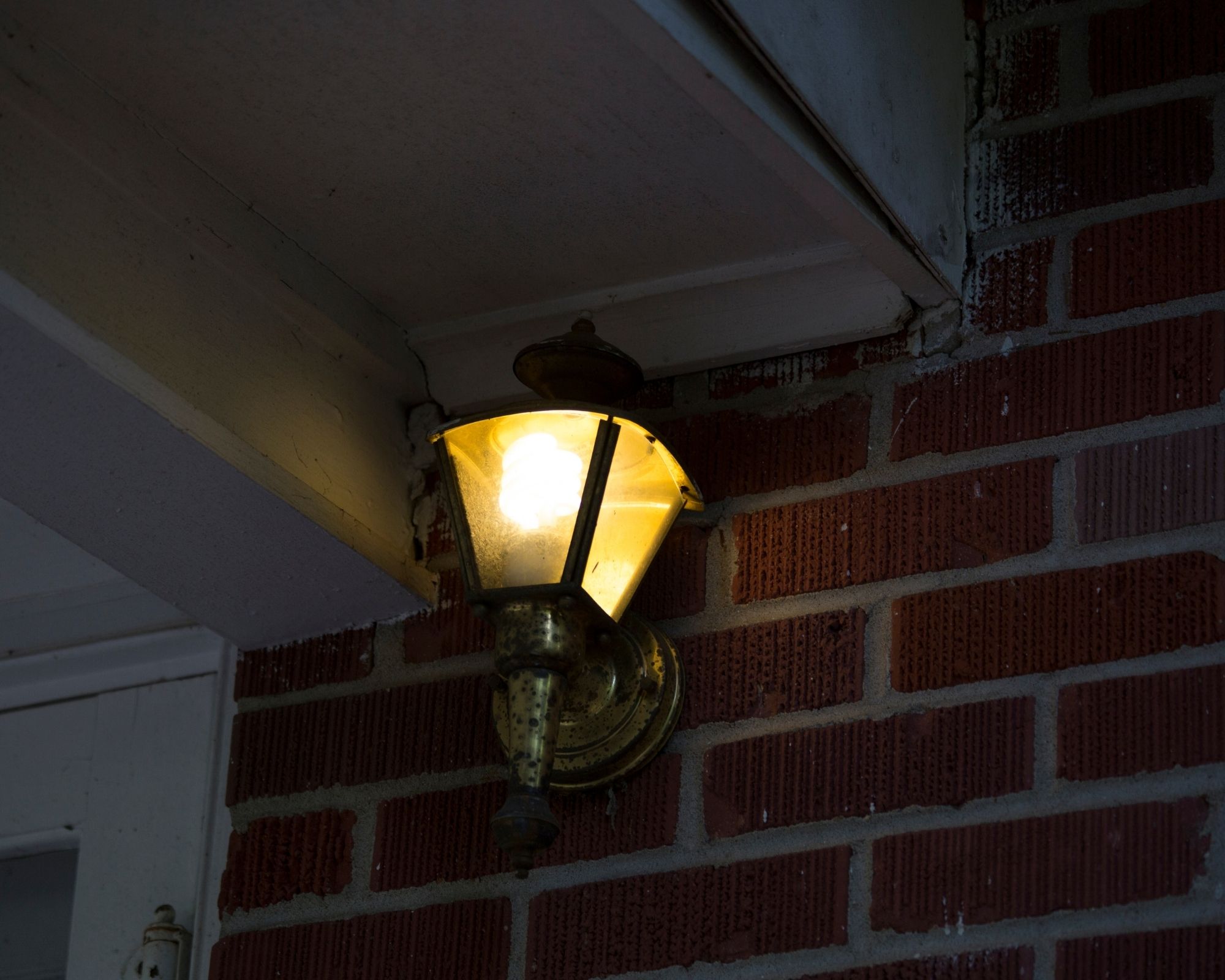 Blinking porch lights typically signify an emergency. After calling 911, residents set their porch lights to blink. First responders can more easily find the house when this signal is present.

Before you go, there are a few more things you should know about porch lights!

Bright yellow porch lights can deter bugs. You may also find yellow-tinted bug bulbs. You can even use yellow cellophane to cover your light fixtures and produce the same effect.

Yellow light has a high-frequency wavelength and can impair bugs’ vision, so they stay away from such areas.

Which color lights should I use for gardening?

Red lights promote the growth of plants in your garden, and pink is a popular accent light in gardens.

Should I leave a porch light on all the time?

Many people leave a porch light on every night. It can help guide residents when they come home from work late and assist them in finding their keys.

Others turn porch lights on so that outsiders know people are home. Burglars are less likely to approach a home if they believe it is occupied.

Motion sensing lights can also provide peace of mind as they provide an early warning of intruders. 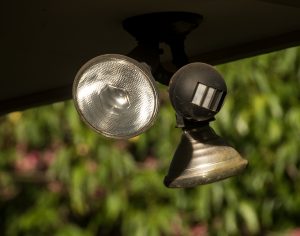 Do all of my porch lights need to be the same color?

No. You can decorate your house however you choose. You can use several different colors to support various causes at the same time. You can even change one light bulb to a certain color while leaving the others neutral.

Which Porch Light Should You Choose?

You should choose your porch light color based on your preferences and the social causes that you support.

Here is a summary of which colors are popular each month:

Purple porch lights are often used year-round to alert victims of domestic abuse that the home is safe to enter and that the residents will help those who need it.

Remember that you can choose one color to use all year or use multiple colors at once. There is no wrong way to show your support for causes.

Whether you choose purple as a beacon for victims of domestic abuse or green in support of those serving our country, your choice can make those around you feel seen and respected.

Changing the color of your porch lights is a great way to spread hope and awareness in your community.