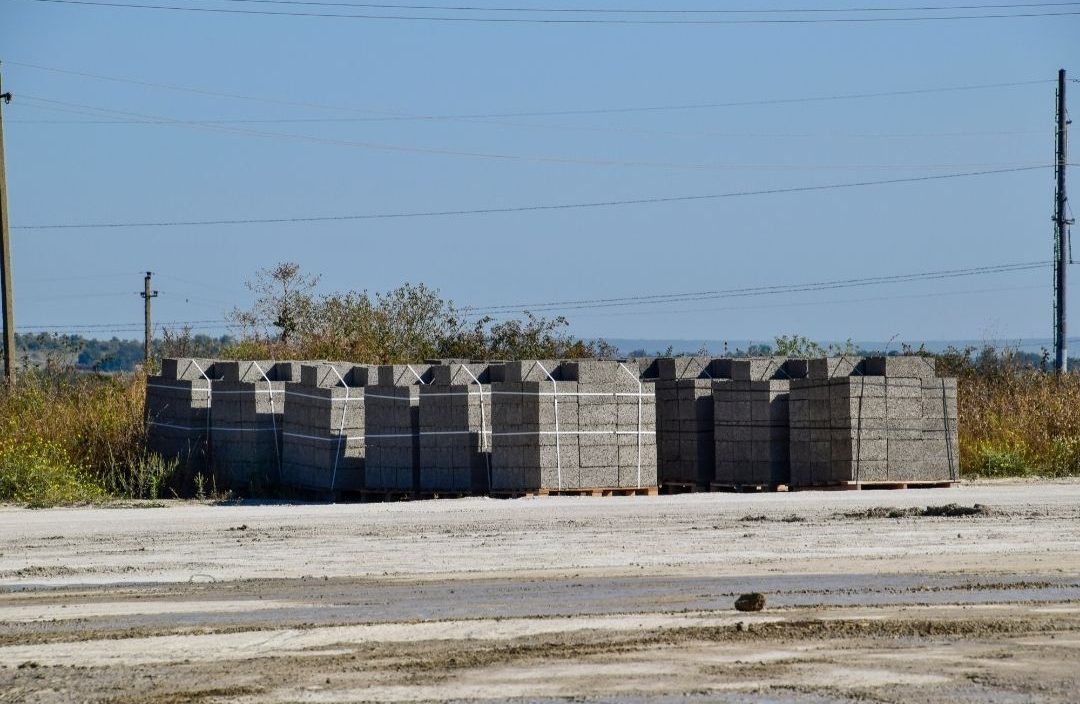 Cinder and concrete blocks are quite similar, but this is a key ingredient that separates these blocks apart. Both are frequently used in the construction industry, and these blocks are commonly referred to as one another.

Yet, these blocks actually have quite a number of differences. In this article, we will discover the difference between concrete and cinder blocks.

It won’t be surprising that a concrete block is made from pure concrete. Typically, concrete is made using cement and aggregates. Once these two ingredients are mixed together, a chemical reaction occurs and the end result is concrete.

The aggregates used for concrete blocks are normally finely crushed sand or stone.

Concrete blocks have various uses and can be found either solid or hollow. However, the ingredients used to make concrete blocks are very durable and strong.

This then makes the ideal product, which is perfect for construction.

Cinder blocks are made in a similar way to concrete blocks. They are made of cement and aggregates. However, the aggregates used for a cinder block are typically coal ash.

This is due to the fact that years ago, when people burnt coal in their homes, a lot of cinder or ash was produced.

Therefore, places like large factories that were running large coke ovens 24/7 were producing a lot of ash due to burning fuel materials.

Coal and steel mills would produce tons of waste every day. This waste was then decided to produce cinder blocks.

See also  Why Does Concrete Sweat? 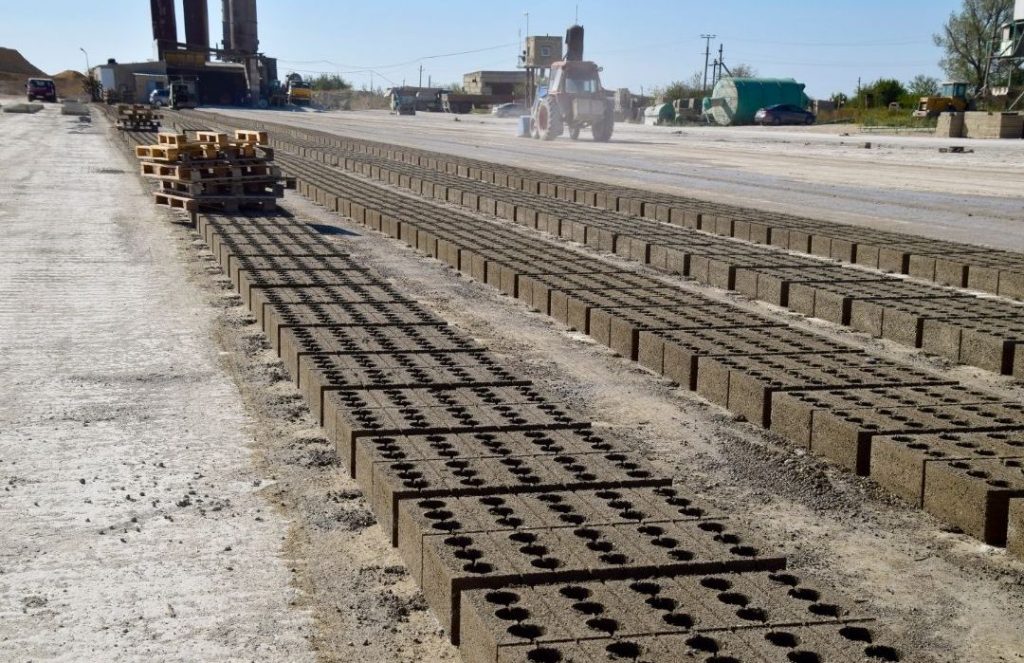 Both concrete and cinder blocks are made with open cells. This allows for metal reinforcements or any additional concrete that can provide greater support to the construction. Which also makes the blocks much stronger as well.

Due to concrete blocks being made with stone and sand, this as a result makes concrete blocks heavy. However, these blocks might be heavy, but they are much more durable and strong.

Therefore, this block can be used on a variety of builds that can support the building. Concrete blocks can withstand a lot of pressure, making this a very versatile product to use on any build.

They are nowhere near as strong or durable. Therefore, cinder blocks cannot withstand much pressure, which means they are more prone to needing repairs done.

Hence, you will notice that you are a bit more limited to what you can use cinder blocks for. They are commonly seen used for projects like garden walls or a retaining wall.

However, they are not suitable for larger construction projects. 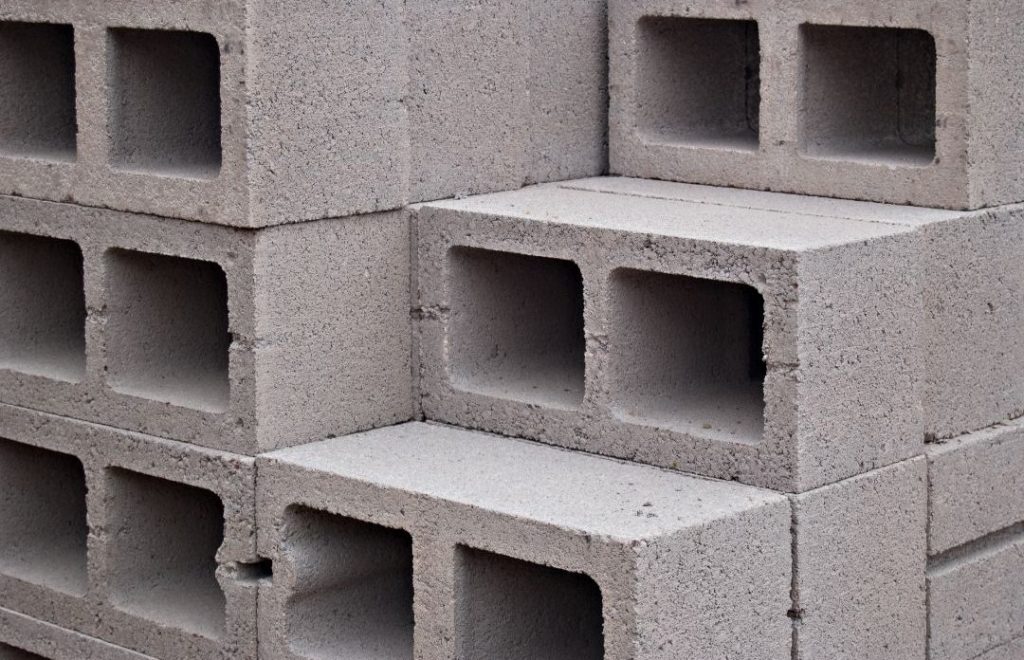 It does depend on the construction project and the types of concrete blocks being used. However, as concrete blocks are so strong, you can use them to build most things.

They can also be used to create support for pre-existing structures.

Whether you are building something from scratch or updating an old building, concrete blocks are a reliable product that you can use.

See also  Why Does Concrete Get So Hot?

Types of concrete blocks that you can use

Cinder blocks are beginning to be represented as an old fashioned kind of block. Due to its weaknesses, they can’t be used for many projects.

They are available in different sizes, which makes them a very useful and versatile block to use.

Others are made up of a mixture of cement and aggregates for economic reasons.

Solid Concrete Blocks – Solid concrete blocks have been made to be incredibly strong, and heavy. These blocks are very similar to concrete bricks, but they are much more expensive and can withstand a lot more force. Thus, these blocks can be seen used in large masonry units that require support.

Lintel Blocks – This is another type of concrete block that is used as a frame for lintel beams. These blocks have a deep groove in their design, where reinforcement bars can be placed with concrete.

Most builders enjoy using these blocks as they are seen as useful and efficient. They serve as a frame and as reinforcement.

Paving Blocks – Paving blocks are usually square or rectangular in shape,  and made of reinforced concrete. They are typically used on walkways, in parking areas or in parks.

You will see these blocks have been painted in high visibility concrete paint, so that drivers can see the blocks immediately.

Cinder blocks have fewer uses, as they are much more brittle. However, they can still be used to help fix windows and doors. Cinder blocks can also be used in the garden or to create safety barriers.

These blocks can still take a bit of pressure, but compared to concrete blocks, they are much weaker. Therefore, they aren’t ideal to be used as reinforcement.

On the outside, concrete and cinder blocks do look very similar, but they are very different to one another.

A concrete block is much stronger and denser, therefore it is more versatile and can be used in far more construction projects.

Therefore, when it comes to any construction job, you are more likely to be using concrete blocks than cinder blocks.